You know that cute bubbly fish face that Kpop artists make all the time? Well for SNSD’s Sooyoung, you probably can’t even tell if it is really her when she makes this face!

END_OF_DOCUMENT_TOKEN_TO_BE_REPLACED

Japan Record Awards is a major music awards show held annually for outstanding achievements. It is presented by the Japan Composer’s Association. This year will mark the 52nd awards show.

Big Bang and Girls’ Generation both made it on the list of winners of awards alongside Japanese artists. Along with ICONIQ, they are the only Korean artists that have made it onto the list.

END_OF_DOCUMENT_TOKEN_TO_BE_REPLACED

Your source for all the performance videos from SBS Gayo Daejun…in order!

END_OF_DOCUMENT_TOKEN_TO_BE_REPLACED

I’ve posted an entry earlier for SBS + MBC Gayo Daejun so here is the line-up for KBS Gayo Daejun!

On December 30th, the “2010 Gayo Festival” will take place and the show is expected to deliver some memorable performances.

END_OF_DOCUMENT_TOKEN_TO_BE_REPLACED 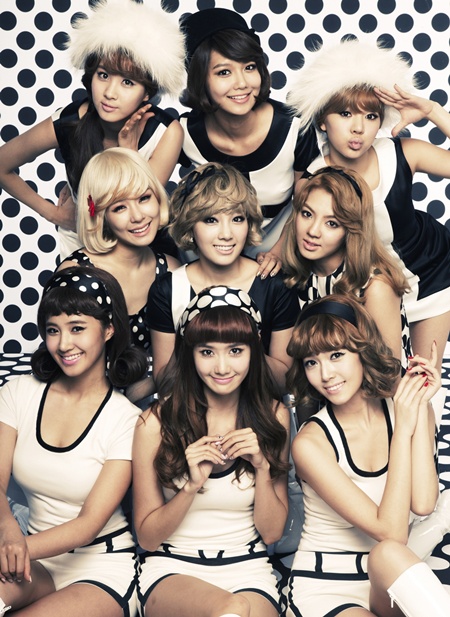 SNSD‘s first solo concert, “The 1st ASIA TOUR CONCERT ‘Into the New World'”, will go on sale on Dec.30th with a surprise.

END_OF_DOCUMENT_TOKEN_TO_BE_REPLACED

There is nobody that dares to block the way of ‘national girl group’ SNSD. Following the previous year, SNSD has once again taken ‘This Year’s Star Daesang’. They also took ‘This Year’s Artist Award’. But for 2011, what is the girls’ biggest wish?
END_OF_DOCUMENT_TOKEN_TO_BE_REPLACED 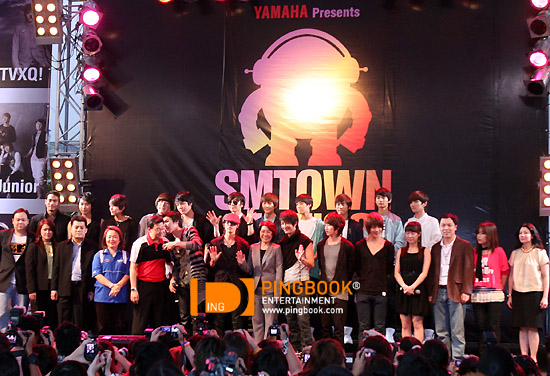 END_OF_DOCUMENT_TOKEN_TO_BE_REPLACED

Believe it or not, it’s Christmas Eve in Korea already! Joining the awesome Christmas spirit are the SNSD girls, who released a special MV for their song “Snowy Wish” (from “Hoot” mini album). It includes behind-the-scenes from various CFs and MVs. Hope you enjoy it!

We’ve all heard that Super Junior’s [ex-member] Hankyung has finally won the battle against SME. And that was the final blow to make SM change for the better.

END_OF_DOCUMENT_TOKEN_TO_BE_REPLACED

►►SNSD’s way to tell the difference between each member’s shoes?

SNSD has 9 members total and they usually wear the same outfits when performing. The difficult thing is that all 9 members are around the same height so how can they distinguish the difference between each other’s stuff? Well, a sharp-eyed netizen may have found the answer:

END_OF_DOCUMENT_TOKEN_TO_BE_REPLACED 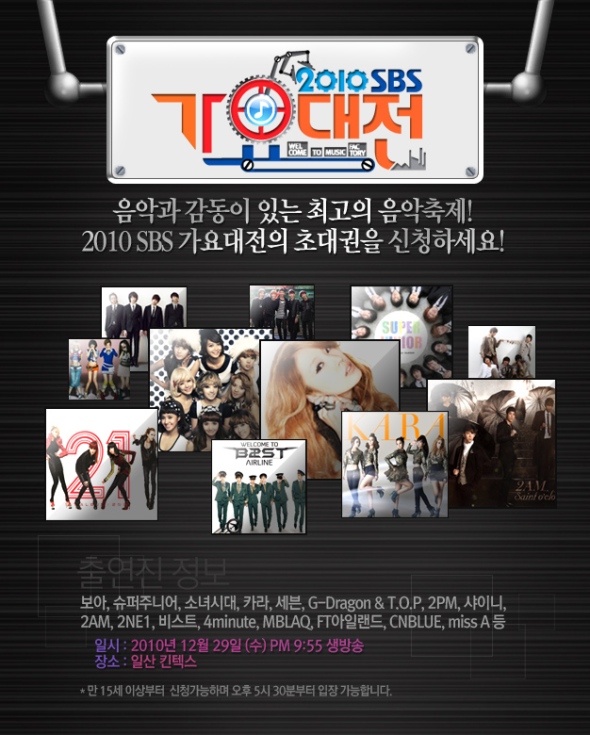 END_OF_DOCUMENT_TOKEN_TO_BE_REPLACED

The youngest members of various idol groups will be coming together for a special ‘maknae show performance’ on SBS’s “2010 Gayo Daejun.”

END_OF_DOCUMENT_TOKEN_TO_BE_REPLACED

Looking for the next big Kpop awards show in Korea? Here it is! 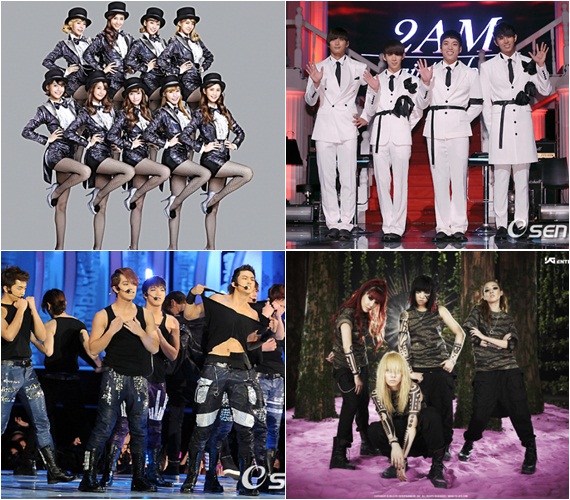 2010 is coming to a close in less than a month, and in Korea, the biggest award shows and festivals take place. In the past, some of the most memorable and greatest performances from popular K-Pop artists have happened on these shows. Last week, Mnet’s Asian Music Awards (MAMA) kicked off the season for award shows. Next is MBC’s 2010 Melon Music Awards, which will take place on December 15th at Kyunghee University in Seoul.

END_OF_DOCUMENT_TOKEN_TO_BE_REPLACED

On December 4th, SHINEe’s Minho and SNSD’s Yuri put on a performance along with the cast of “100 points out of 100“. With hilarious lines in the background like “Go Minho! Go Minho!” and funny chesmistry between the two stars, this is a must watch for SHINee’s and SNSD’s fans! 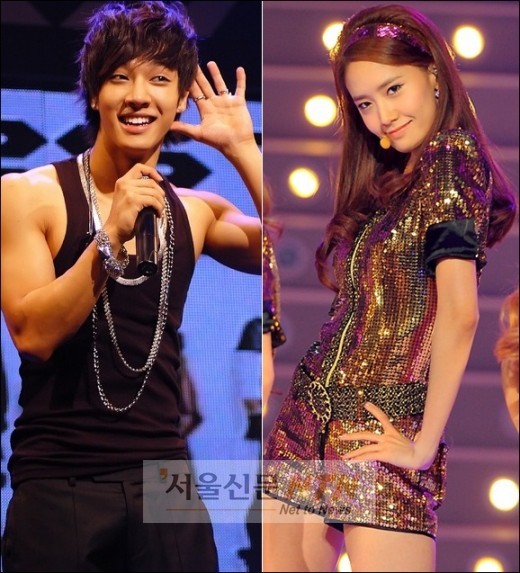 On this week’s episode of MBC’s ‘Hot Brothers’, BEAST’s Lee Ki Kwang shyly confessed to have a crush on SNSD’s YoonA.

END_OF_DOCUMENT_TOKEN_TO_BE_REPLACED

SNSD’s latest shoot for the December 2010 issue of W Korea magazine features all nine members dressed up in different winter outfits. My personal favorites are Yuri, Taeyeon, and SeoHyun. But of course, each member has their own flaunt. Check it out!

END_OF_DOCUMENT_TOKEN_TO_BE_REPLACED

…the 12th Korea-China Music Festival to be held in the KBS Hall, South Korea on the 2nd of December!

The event was organized for the effort to promote both cultures likewise and the Korean artists confirmed to attend are KARA, SHINee, 2NE1, CN Blue, Supreme Team and SNSD. The event will be broadcasted on the 12th of December on the KBS1TV Channel.

►►[QUIZ] Who is your ideal Kpop idol?

In the November 2010 issue of Sparkling Magazine, a new line of Kpop magazine published in the Philippines, fans were given a quiz asking who would their ideal Kpop idol be? I must say that this was really aimed for fan girls…but you boys can also try it out 🙂

The rest of the scans are also undercut featuring artists such as 2AM, 2PM, After School, BEAST, 4Minute, Brown Eyed Girls, 2NE1, Big Bang, and BoA!

END_OF_DOCUMENT_TOKEN_TO_BE_REPLACED

You have seen them, you have heard of them, and you have thought that they were skinny. Who are the top 5 well-known ladies that we all know and love but just wish that they were a tad bit…less skeleton-like?

END_OF_DOCUMENT_TOKEN_TO_BE_REPLACED

►►KARA quits MAMA along with other artists from SM, J.Tune, Cube, Pledis, etc.

Is anyone actually attending this year’s MAMAs 2010?

The Mnet Asian Music Awards began to run into trouble this year starting with their controversial move from Korea to Macau.

Korean broadcast companies such as SBS, KBS and MBC argued the move saying that artists would have to choose between the MAMAs or their Korean end of the year show because of the timing.

DSP Entertainment says that KARA’s busy schedule is keeping the group from attending both the 2010 MAMAs as well as the 2010 Melon Music Awards.

All of the other artists have also cited busy schedules as their reason for pulling out.

Here’s the full list of artists who will not be attending:

END_OF_DOCUMENT_TOKEN_TO_BE_REPLACED

So I’m sure we all think SNSD’s Taeyeon is very adorable and stuff but I’m sure none of us can deny her lack of height either. So what do netizens do? Use her boot size and compare it to boots of other SNSD members!

END_OF_DOCUMENT_TOKEN_TO_BE_REPLACED

SNSD girls in glamorous make-up and 2PM’s guys in manly suits – both stripped…for what? a WATER PARK!! lol it’s quite funny and super hot!

Super Junior Kim HeeChul fired So Nyeo Shi Dae YoonA by saying that YoonA used to like him.

Kim HeeChul had said that during his guest appearance on SBS Family Outing 2 aired on 2nd May. He said, “At first I am not as close to YoonA. I was close to Jessica and Sunny. To say the truth, YoonA used to like me.”

He added, “A while back when she had this scandal with TaecYeon, I laughed at it. YoonA doesn’t like guys like TaecYeon..” showing his unique confidence. But YoonA’s reply was “I also don’t like guys like oppa.”

Kim HeeChul then started showing caring gestures like brushing off dust from YoonA’s head. Kim HeeChul also had a showdown of the variety sense with ‘kkap Kwon’ Jo Kwon.

Meanwhile, Kim HeeChul has recently been decided as the fixed appearance on Family Outing 2.

Make sure to check out his hilarious dance-off/sing-off with 2AM’s JoKwon!

I came across a vid of Super Junior’s Heechul making his first appearance in Family Outing 2 on May 2nd and it is THE MOST HILARIOUS THING in a loooooong time!!!! OMG so we all know the two biggest Kpop divas have to be 2AM’s Jokwon and Heechul – what if you add them TOGETHER?! You’d totally get THIS:

Watch it! LOL you won’t regret it! They did a little sing-off imitation of a singer named Lee Seung Hwan and then a totally dance-off to SNSD’s songs!!! It’s so freakin funny I love it!